A picture is worth a thousand words, but sometimes it does not tell the whole story. 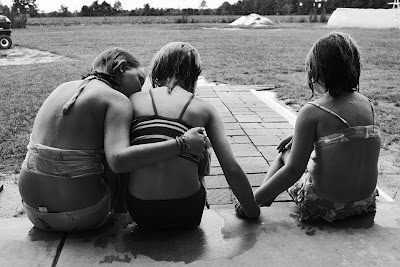 Take this picture. It looks so sweet and innocent.
Sisters, sitting and being nice to one another.
Well, the rest of the story is two minutes prior to this the youngest two were having an all out brawl. I'm talking, slapping, hitting, biting  - the works.
So, as a wise woman once told me what her mother made her and her sibling do, I made my fighting girls do. They had to sit and hold hands for five minutes. If they said something mean or acted meanly, another minute would be added.
Now, the oldest was not party to the fighting, but she did decide to be a part of the love.
After sitting there for five minutes the fighting sisters decided they could play nice. 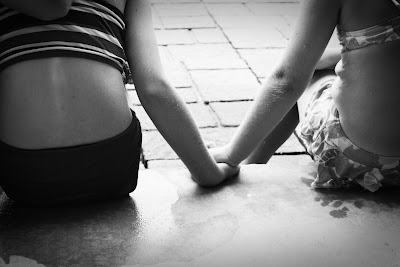 Sometimes you just have to encourage the sisterly love.

Posted by Michelle Yoder at 8:52 PM No comments: