Looks can be deceiving.

Looks can be deceiving.

You see this sweet little face? 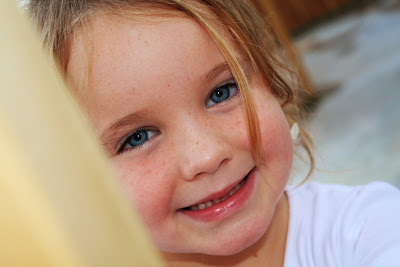 Yes, this one, with the big blue eyes.

She looks so sweet and innocent. Like she has not a care in the world. Certainly not entertaining any notions about marriage. Certainly not worrying on whether or not she will take her husbands new name.

But, that was the conversation I had right after I took this picture. Morgan started asking about Aunt Loretta, and what her last name was right now. So, I told her. She said, "So, she is not a Yoder now?" To which I replied, "Well, yes, she is still a Yoder, but her last name is Troyer now."

Morgan then asked, "Why?"

"Why did she change her name?"

So, I explained that generally women take a man's last name when they get married. Some women choose to hyphenate their last name with their husband's last name. There are many different choices, it was up to what the wife and husband choose.

To which she quickly informed me, "Well, I'm not changing my name when I get married." With a general cross of her arms and stomp of her foot.

Yes, baby girl, I can believe that. 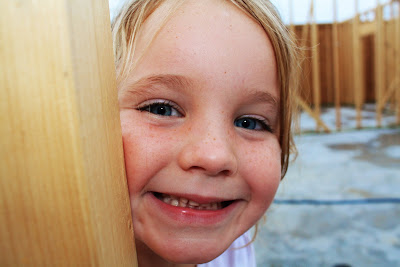 Posted by Michelle Yoder at 9:24 PM