You have got to be kidding me. 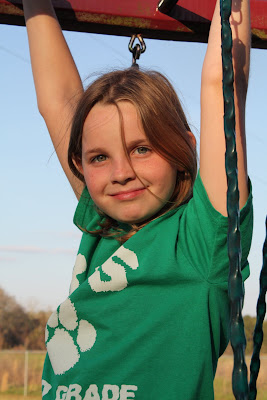 I am still shaking my head, as to what in the world my oldest daughter was thinking tonight. When I caught her doing what she was doing, my first thought was, "You have got to be kidding me."
You see, this evening I was going through the house emptying garbage cans as tomorrow is garbage pick up. Ralph and I were going to go for a walk and roll the big garbage can out to the road.
Madison was in her bathroom taking a shower. As, I walk in the bathroom, it sounds like she is talking to herself. I don't think much of it. Then she keeps talking and I keep trying to understand what she is saying.
Finally I pull the shower curtain back to see what she is doing. As I do, I realize she has something in her hand.
It.
Was.
Her.
Nintendo.
DS.
Granted she had it sealed in a ziplock bag, but my child was playing her Nintendo DS in the shower.
Good grief.
You have got to be kidding me!
I then take it away from her, after I asked her what in the world was she thinking and doing! I let her finish her shower, and when she got out she came and asked what her punishment was. She knew she had not made the wisest choice. She tried to defend herself by telling me that she had tested it before she got in the shower, to make sure the bag didn't leak. Um, yeah, that's not going to help you any honey.
Needless to say she won't have the shower option with her DS anymore, or any option for that matter in the next week. Her DS has been taken away for a week.
Hopefully another lesson learned.
No showering and Nintendo playing simultaneously.
Posted by Michelle Yoder at 8:17 PM