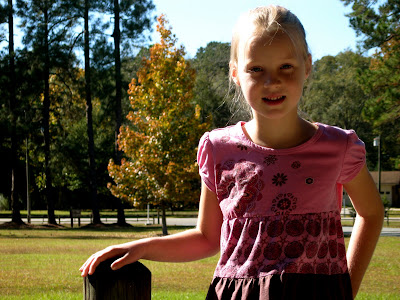 My middle child is so much like me, so much sometimes that it hurts. For example last night, there was a pretty bad thunderstorm that moved through our area. Ralph and I got woke up during the storm by Laney. She was scared. I so remember being scared at her age during thunderstorms, especially at night!
It did not help her, that yesterday during science they were learning about tornadoes. My poor baby girl, her stomach was in knots, worried that a tornado was coming. Worry is the one trait that I wish I had not passed on to my children. She has it. Sigh. I love her. My prayer for her is that she learns at this age, that God is a big God, and He loves her very much.
Posted by Michelle Yoder at 8:24 PM